Shut down Wild Air and have the restaurant to yourself! Enjoy custom dinner prepared by the Chefs.

Shut down not one but two restaurants for the night! Grab 75 friends and have dinner at Chef Jeremiah Stone and Fabian von Hauske’s Wild Air AND Contra. You will dine on a tasting menu conceived with the chefs, served by them! 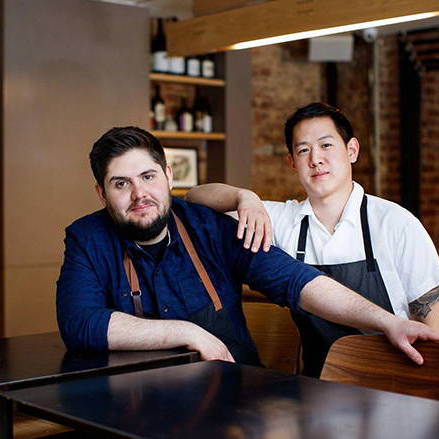 Jeremiah Stone is the chef and co-owner of Contra and Wildair in New York City’s Lower East Side. This spring, he along with his chef/partner Fabián von Hauske Valtierra joined forces with Anthony Mangieri to bring the beloved restaurant Una Pizza Napoletana back to the Big Apple, adding small plates and desserts to the menu alongside Mangieri's renowned, naturally leavened pies. Born in Washington, D.C., Stone previously held positions at The French Culinary Institute (now The International Culinary Center), Rino in Paris and Isa in Brooklyn. In 2016, he was named Food & Wine's "Best New Chef" and awarded a Michelin star for Contra. Before opening Contra, von Hauske worked for Johnny Iuzzini at Jean Georges and then Dave Arnold’s modernist East Village bar, Booker and Dax. He also spent time in the kitchens of Noma, Fäviken, and Attica.