Host a BBQ at Pig Beach for up to 40 of your friends. Award-winning Pitmaster Chef Shane McBride will serve BBQ of all type to all the fixings from coleslaw to banana pudding for an over-the-top, finger-licking experience. 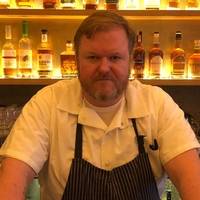 Shane McBride is a partner of the New York barbecue restaurant Pig Beach. At age 18, he secured his first job in a professional kitchen at Narcissus in West Palm Beach, where he worked his way up from garde manger to sous chef. In 1995, Shane joined chef Hubert Demarias kitchen at The Restaurant and The Bistro in West Palm Beach Four Seasons Resort before enrolling in the Culinary Institute of America, where he graduated on the Dean's List in 1998. After sixteen years in French kitchens, Shane was happy to focus on simple American dishes that highlighted the true flavors of the ingredients. In his free time, Shane, a self-admitted barbecue addict, has assembled some like-minded chef friends of his and started the Ribdiculous Bar-B-Krewe a NYC based competition BBQ team. The Krewe competes at Memphis in May every year and has won first place in the hot wing competition. This led to the launch of Pig Beach and Pig Bleecker.