24 for dinner downstairs in bakery at Winner.

Chef Daniel Eddy hosts you and 100 guests at the Prospect Park Picnic House, a historic building in the heart of Brooklyn’s premier park. With scenic views of the 90-acre Long Meadow, floor-to-ceiling windows, hardwood floors and a working wood fireplace, it provides a bucolic setting for a wonderful evening. 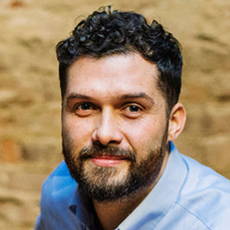 Daniel Eddy began his culinary career in 2004. After 4 years of cooking in NYC, Daniel decided to travel, ultimately landing in Paris in 2009. There he had a chance to work with Daniel Rose at the critically acclaimed Spring Restaurant in Paris. He eventually headed back to the States to become the opening Chef at wine-centric Rebelle on the Bowery, where he earned a Michelin star; Walnut St Café in Philly followed. This baguette obsessed Brooklynite opened his own restaurant, Winner, in Park Slope about a week before the Pandemic. He has since opened a wine bar, Runner Up and will be opening an outpost of Winner in Prospect Park this Spring.